We created a series of posters, turnstiles, pillars, billboards and a mural for Street Easy, one of the most popular real estate portals in New York City. Through a series of illustrations, we depicted how challenging it can be to find a home in New York City and how Street Easy's search tools and amenity filters make the process easier for both buyers and renters.
The campaign appeared throughout New York City with a focus on placements where New Yorkers spend most of their time: on the streets and sidewalks, in subway stations, subway cars and taxis. The poster illustrations were framed within a floor plan, a feature central to New York City real estate, and shows relatable living scenarios. The series is a mix of engaging, detail-rich scenes as well as other formats using quick, humorous slogans about real estate in the city. We had great fun sneaking little sub-stories and bits of humor in each panel we created. The coloured pencil and pen technique used in creating the illustrations make it look as if the illustrations were done by hand directly onto the architect blueprints. The tangible style also created a personal, empathic tone to the campaign.
The pillars and turnstiles featured larger-than-life humans happily going about their ordinary-day lives in small, cramped spaces, while our hand-painted mural featured a human-scale scene on the side of a building in Manhattan’s trendy SoHo neighbourhood. 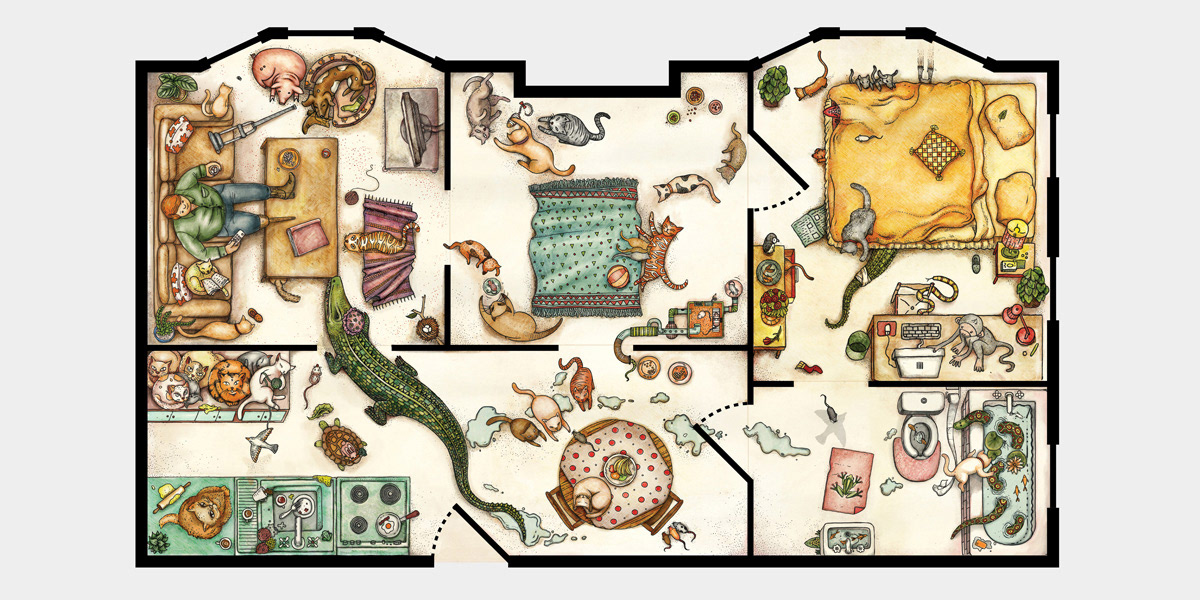 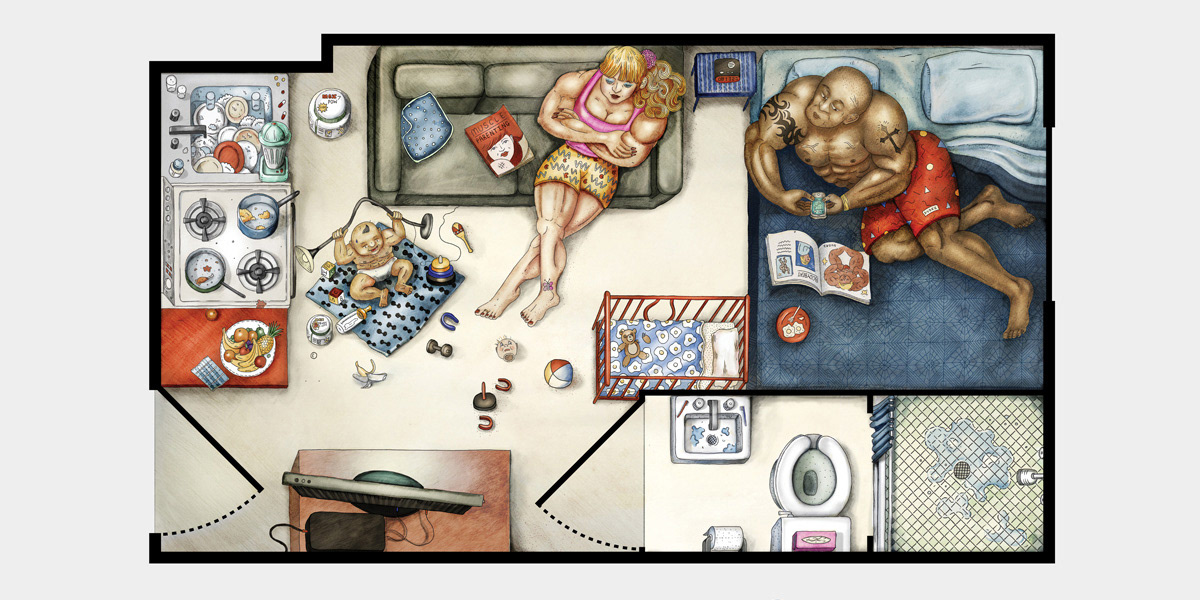 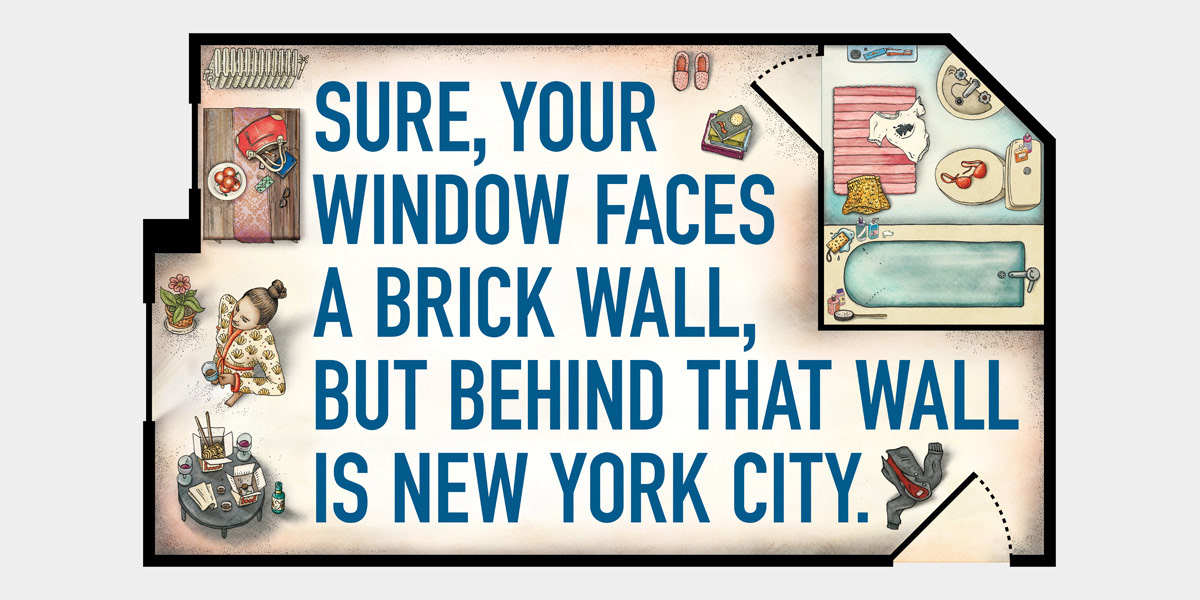 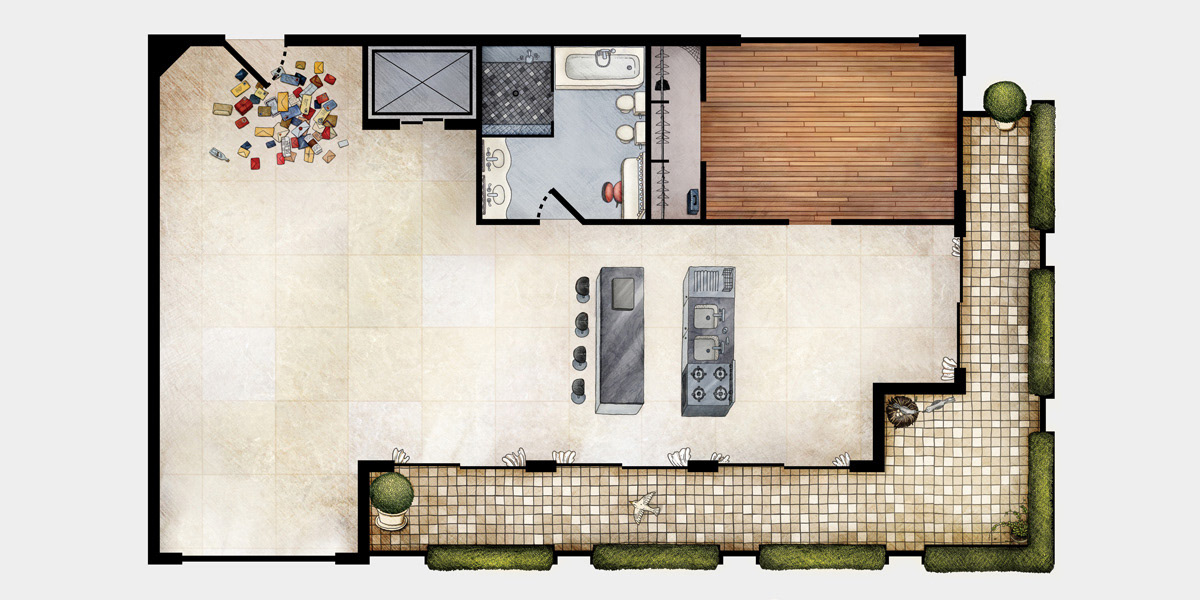 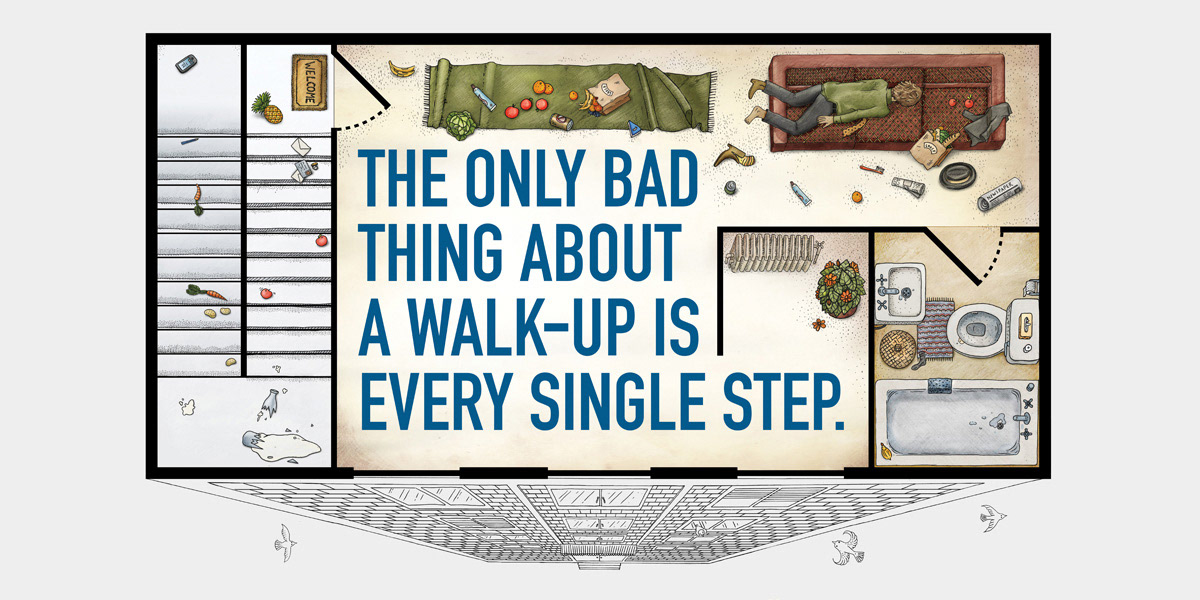 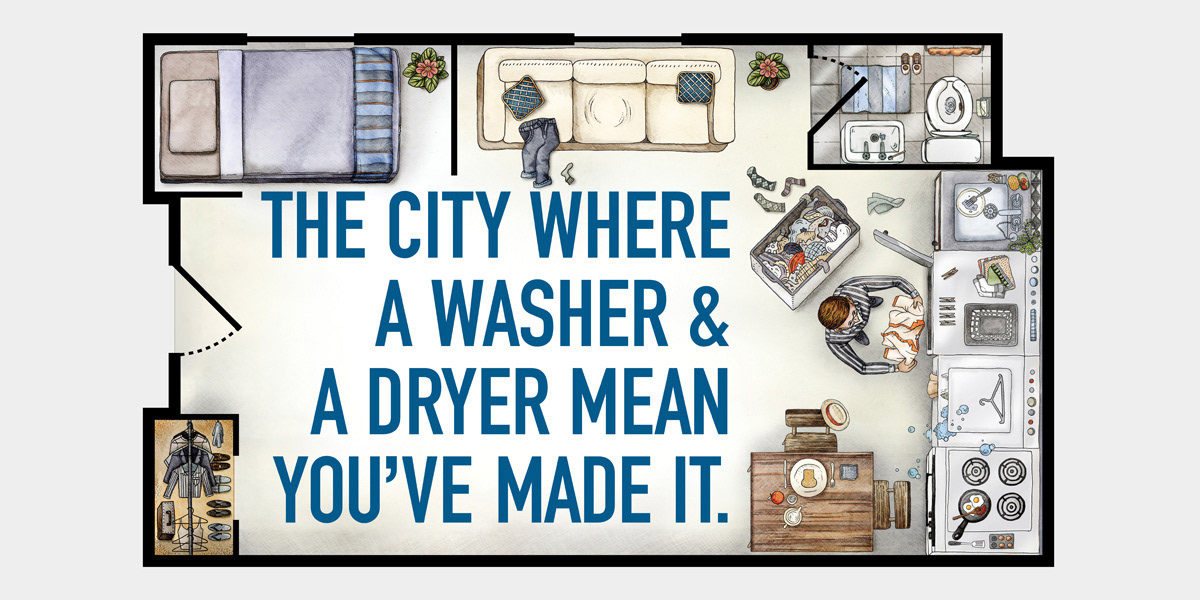 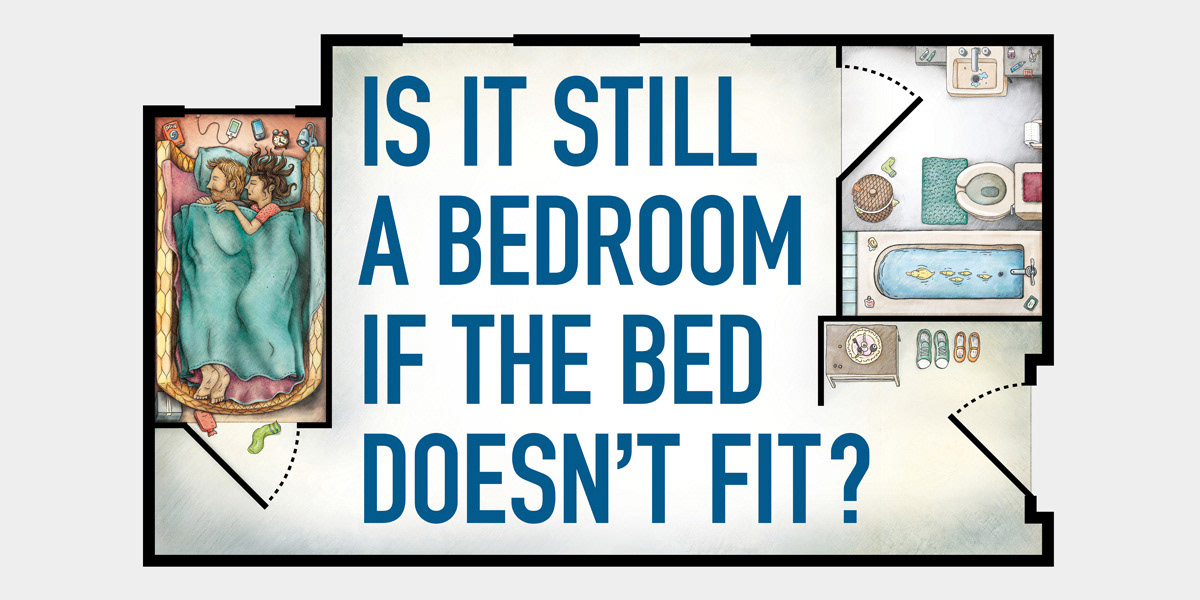 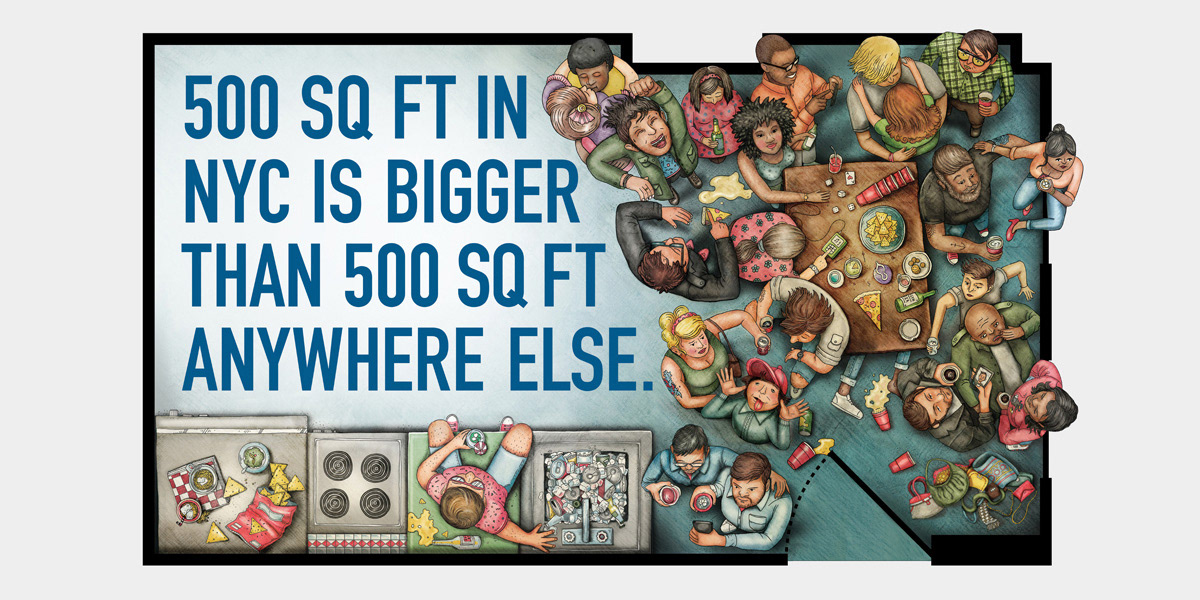 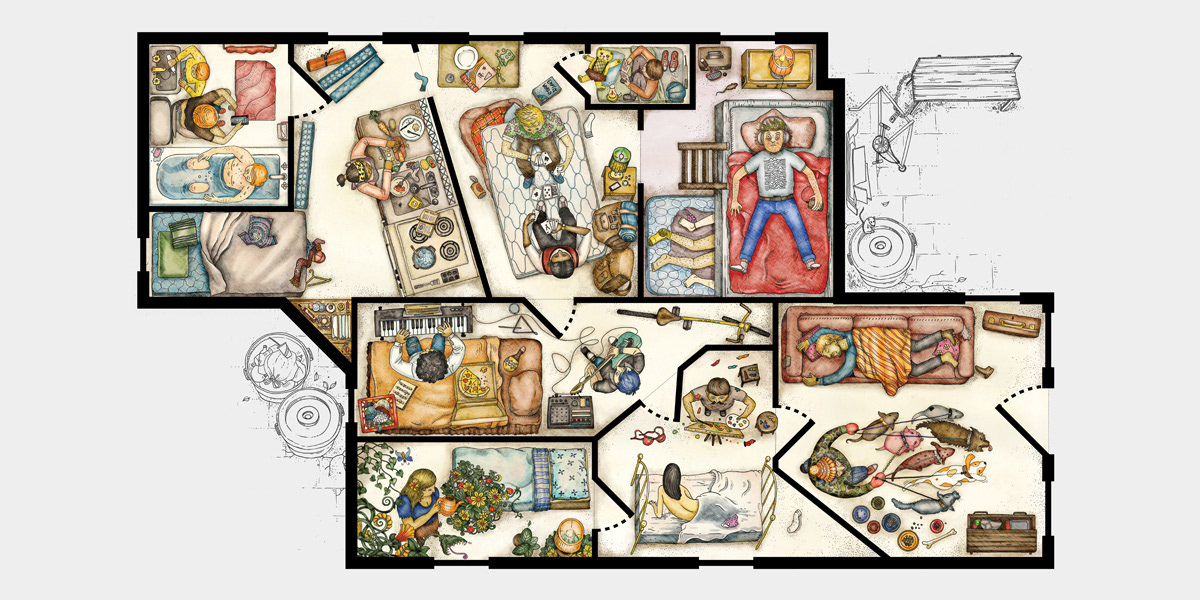